Whenever I told anyone we were going to San Antonio they would invariably say "oh, you have to go to the riverwalk and the Alamo"  So we did.  We started at the IMAX to watch the Alamo movie to set the stage.  It was made with historical re-enactors and not real actors.  Then on to the Alamo.  I didn't get any pictures of the Alamo but we enjoyed the history.  Photos are actually prohibited inside and outside difficult to get a shot with all the modern amenities.

Riverwalk was a bit of a disappointment but that could have been just how much everyone had built it up. It is beautiful.  The banks are lined with restaurants and the odd gift shop.  And waterfalls and flower gardens.  There are lots of little footbridges so you can cross to the other side. 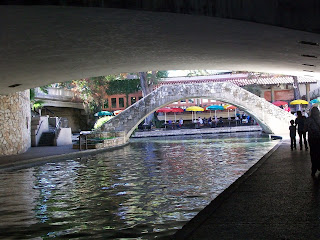 We ate right on the river.  The guacamole was made fresh right at our table. 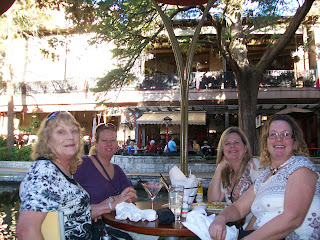 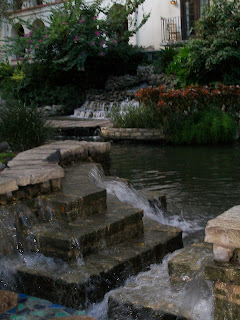 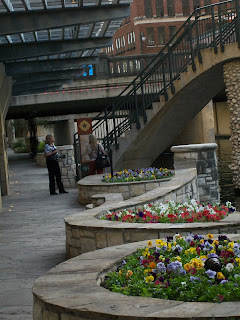 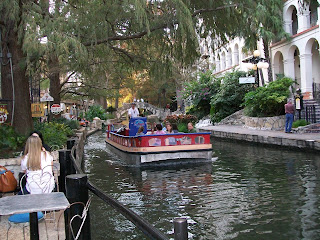 We walked during the day because we wanted to do the tour at night to see the lights.  The tour starts at the lower level of a mall.  All the trees, bridges and buildings were lit up.   The guide tells you a bit of the local history (which I could barely hear because of the toddler beside me).  One of the most interesting tidbits was about the 500 room Hilton Palacio del Rio Hotel.  It was built in 1968 in a hurry when they realized they didn't have enough rooms for the 1968 Texas fair.  The units were prefabricated then stacked onsite in 46 days.  They attached the tail of a helicopter to each unit to stabilize it as it was craned into position.

This is the underside of an underpass. 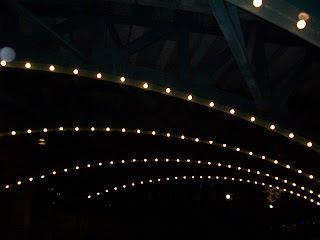 And since it was the 5th day of Christmas , Santa was there too! 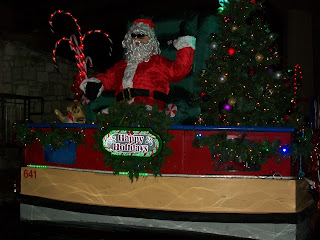 Posted by Lauras Garden at 8:25 AM