In which the Pot calls the Kettle Black

When I spoke at my Dad's funeral (or tribute as my mother prefers) I mentioned his love of maps and atlases.  When Caitlin and I took our epic road trip in October some of the maps we used came from his car.  Why he had a map of the north central states (including useful city maps) was perplexing but much appreciated.  Last week my sister said she had found a filing cabinet drawer full of maps so I volunteered to sort them.  It wasn't really full by my standards but since my sister's only "map" is a GPS I can see how dozens of maps and a few triptiks would be overwhelming.

I laughed while I sorted and arranged them so nicely for picture taking.  Who needs a 1987 map of Nova Scotia or Saskatchewan? And how can you see them both in the same year?  Maps dating to 1994 and 1995 included Virginia, Manitoba, Vermont and Alberta.  In 1997 and 1998 they must have come to visit us in New Brunswick because the maps were all the Atlantic provinces.  But there was also a 2004 New Brunswick map and we lived in Ontario then. 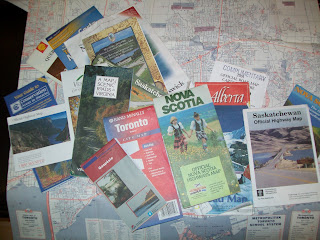 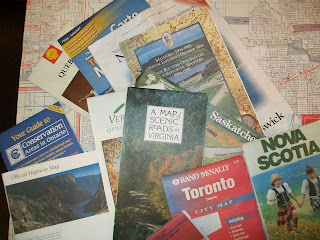 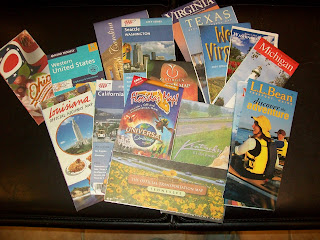 Then I decided I would go through our own map box and um let us just say it needed cleaning too.  Anyone could tell we lived out west in the early 90s since the maps are all from that area.  I couldn't find a date on the map in the top left corner but the governor's clothes indicate it is more than a few years old.  And who needs 3 maps of Fredericton? 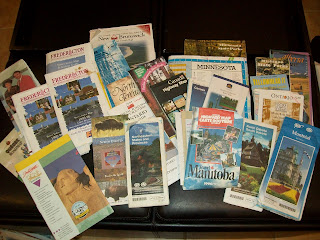 I won the prize for the map in the worst condition.  Pretty much every corner and fold was destroyed.  Pretty useless unless you wanted to go to Tobermory.  This map was even relatively new (as in less than a decade old). 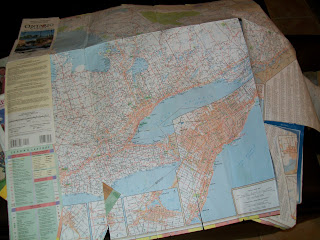 All in all I had an enjoyable time sorting the maps.  It was a trip down memory lane - remembering our postings and their visits to us.  Many of the maps were from trips my parents took with my other siblings to resorts.  Though I wasn't with them I sorted the pictures for the long memorial slide show and can see all the good times they enjoyed.

And again I found treasures.  Go back and look at either of the first 2 pictures.  See that Shell Quebec map? It is from 1967!  And the black and white map all the maps are laying on?  It is a 1964 Toronto map!  Toronto stopped at the airport - no Brampton. Those two I am keeping.
Posted by Lauras Garden at 5:30 AM 3 comments:

This is the oldest picture we found.  My grandmother (my mom's mom) was born in 1906 so this picture is close to a century old! 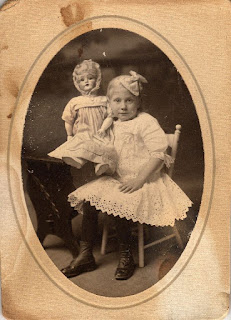 I don't know the date this picture was taken but it shows both of my mom's parents.  My grandfather died when I was only 2 so I don't really remember him but I adored my Granny. 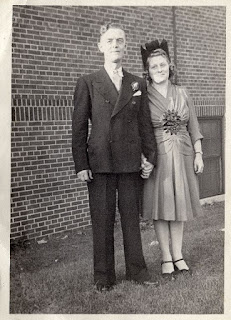 This is my mom and her brother Ed visiting you know who.  This was likely taken in the early 1940s. 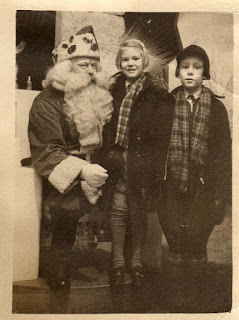 And my mom and her baby sister Faith - likely mid to late 40s.  I laughed when I saw this one.  My mom does not like horses now! 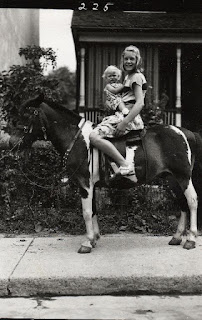 My mom and her sister Norma.  An old family friend commented at my Dad's funeral that my mom and Norma were always fashionable in their Rose Marie Reid and Jantzen bathing suits. She hadn't seen this picture. What do you think? 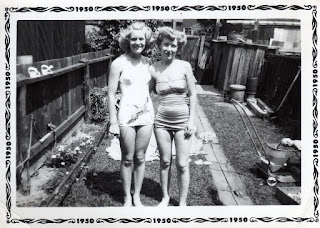 When I was going through my Dad's belongings I found many treasures. There were cemetery and property  deeds and bills of sale for many properties dating back half a century or more, love letters from my grandfather to my Nana and old resumes with lots of information.  And some old pictures I now cherish.  These are from my Dad's side of the family.

This is my Nana in approximately 1920. 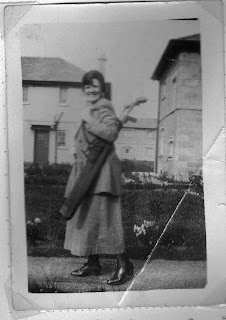 There are only 2 pictures of my Dad's dad.  This is one of them.  The little boy slumped in the chair is my grandparent's firstborn John, known as Jackie.  He was a forceps delivery and that resulted in severe cerebral palsy.  We also found a letter from their doctor to a specialist requesting treatment.  Jackie died when he was 4 or 5 and this is the only picture of him. 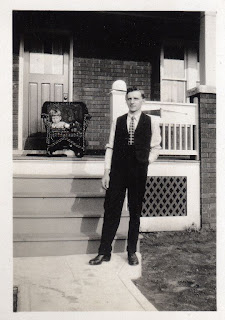 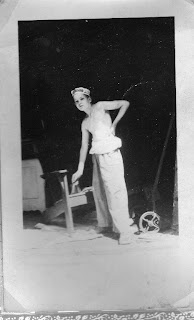 This is my dad and his brother Frank with their mother at their father's grave in 1948. 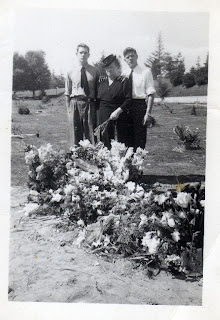 And this is one of many pictures of my father as a scout.  He loved scouting and being outdoors. 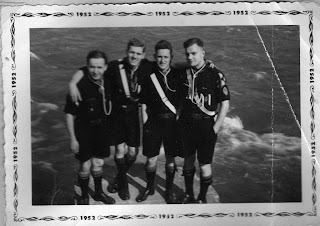 Stay tuned for pictures from my mom's side!
Posted by Lauras Garden at 1:47 PM 2 comments: