What I woke up to

Three or four inches of snow!! We were told to expect some wet snow but this is crazy. We had to shovel and the plows came around!
This is a lilac bush. There was a fair number of broken trees around and you can see why. 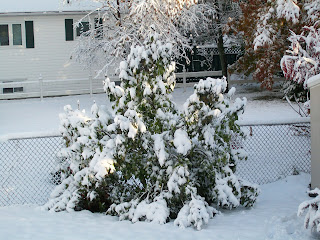 And here is a before and after of the corner garden. In the first shot you wouldn't even recognize the standard hydrangea. Two hours later it has emerged from it's snow cocoon. In both shots the spireas and potentillas are flattened by the snow's weight. 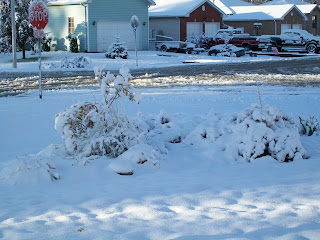 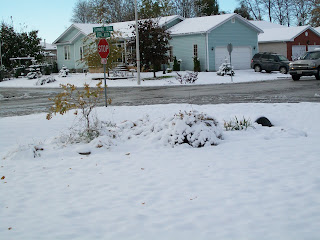 Here is a shot of my Bridalwreath spireas that are taller than I am. The branches are just beginning to free themselves. They are coming up one at a time like little catapults. 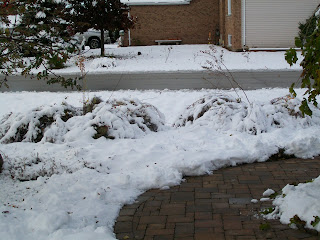 Not only were we shocked by the snow, there was a town wide power outage from about 7 until 8. Just as everybody was trying to get out the door! There wasn't much I could do in the garden so I didn't meander into work until 10:30. It was actually warm and I enjoyed working in the snow.
What about you? Did you get snow?
Posted by Lauras Garden at 6:24 PM 4 comments:

I wish I had a great excuse for not blogging - like a tropical vacation - but nothing so exciting. My laptop was out of commission for 3 weeks and I have been very busy at work. This is the most exciting thing I have done lately - the fall activities at Brooks Farms when we went down to my sister's in Newmarket. Can you identify the 3 aliens? 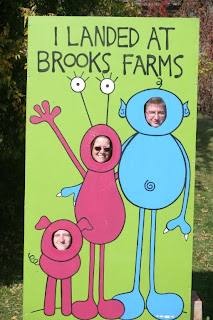 If you guessed Connor, me and Alec you are right! Isn't Connor the cutest little alien pig you have ever seen? I am still confused about the connection between corn, pumpkins and aliens so I can't enlighten you. We were very happy to have Alec home with us for Thanksgiving when he was sent on a last minute course to Kingston. Here's a few more pics of me and the boys. 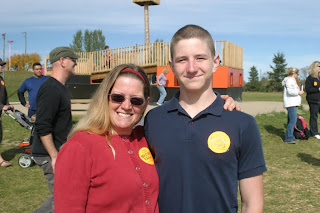 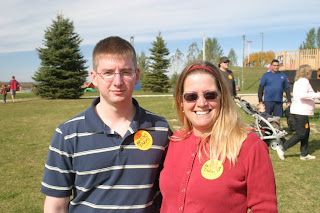 And my niece exhibiting her amazing zip-line technique! 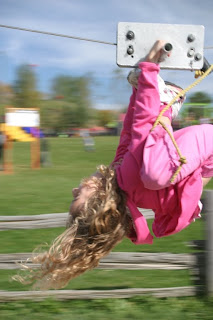