I totally forgot that the guys went canoeing and kayaking on the bay Saturday morning before the other guests arrived.  There were 5 that went but I only have pictures of two.  Kevin took the pictures and I guess Connor and David were so fast that no pics were taken.  Below is my brother in law Mike and Alec.  We were fortunate that Alec was on a course nearby and could make it for his grandfather's birthday celebration.  Alec didn't make it to the funeral so he hadn't seen most of the family for a while. 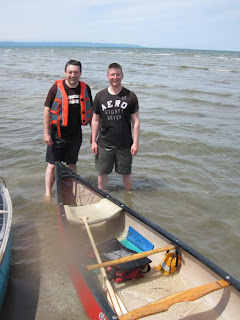 And a shot of just Alec.  He hates it when I post pictures of him but I just had to.  He is usually fairly somber.  He doesn't smile often and you can see his pearly whites in both shots so I couldn't resist. 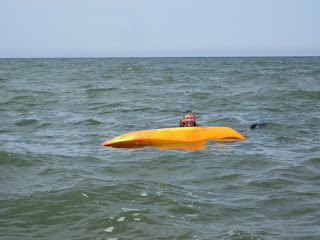